Barbara lost her sister to skin cancer one week after her 31st birthday.

In 2002, Sinead was enjoying life in Dublin and was extremely close to her sister Barbara who was just two years younger than her. Sinead was full of life and Barbara remembers her as funny, smart, caring and extremely kind. They were sisters and best friends and were loving life, even more so now that they had a new little sister Ellie to play with and spoil.

Both Barbara and Sinead knew about skin cancer but never gave it much thought, thinking it wasn’t really something that affected people in Ireland and was something that was much more common in hot, sunny countries like Australia. Neither sister realised that Ireland has one of the highest rates of skin cancer in the world.

Barbara says that Sinead ‘just about ticked every box when it came to the classic Celtic skin type. She had pale skin with dark red hair and freckles.”

Sinead was the classic sun worshipper. She used sunscreen, but not all the time. Sinead was very responsible, but like all Irish people she believed that the Irish sunshine wasn’t very strong and certainly not dangerous or damaging to your skin. Barbara remembe 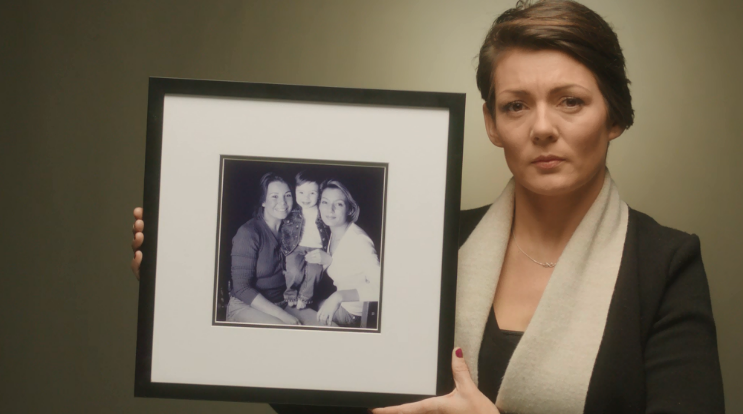 rs that Sinead never reacted well to the sun when they went away, always coming out in a heat rash. Sinead like many fair skinned Irish people got sun burnt a few times in her life. She also used sun-beds occasionally to get that elusive ‘base tan’ that was never going to be hers given her natural skin type.”

Sinead first went to her GP when an open wound on the inside of her ankle wouldn’t heal. She was initially diagnosed with an autoimmune disease. However, over the course of the next two years, her condition did not improve and she was eventually diagnosed with melanoma, the most dangerous for of skin cancer.

Sinead was diagnosed with melanoma two weeks before her 30th birthday. She died exactly one week after her 31st birthday on the 11th of December 2004.

By the time Sinead and her family learnt she had melanoma the cancer had spread to her brain. Three large tumours were removed from Sinead’s brain but unfortunately the cancer was too aggressive and further treatment was not effective.

Barbara says that as the news of the type of cancer Sinead had sunk in, she kept having flashbacks of all the times Sinead had been out in the sun without the proper protection. Barbara says, “I wished I had known so much more about melanoma and skin cancer so that I could have be able to tell her to be SunSmart and to check her skin. This disease is so preventable. At the time, sadly we just did not know. But I wanted to take part in this Skintervention campaign because if we can save even just one life, then that will have been very worthwhile. I know it is what Sinead would have wanted.”

Barbara says, “I wish I could tell Irish people they need to realise just how damaging the sun’s rays really are. You certainly don’t need to be in Spain or a hot country for the damage to happen. This country is just as susceptible as anywhere else. We all need to be SunSmart. This means wearing high factor sunscreen, even in the winter months because we are never immune to it! We also all need to regularly check our skin. If you are someone who has moles, please get them checked. Mole mapping is a great way of monitoring them year on year.”