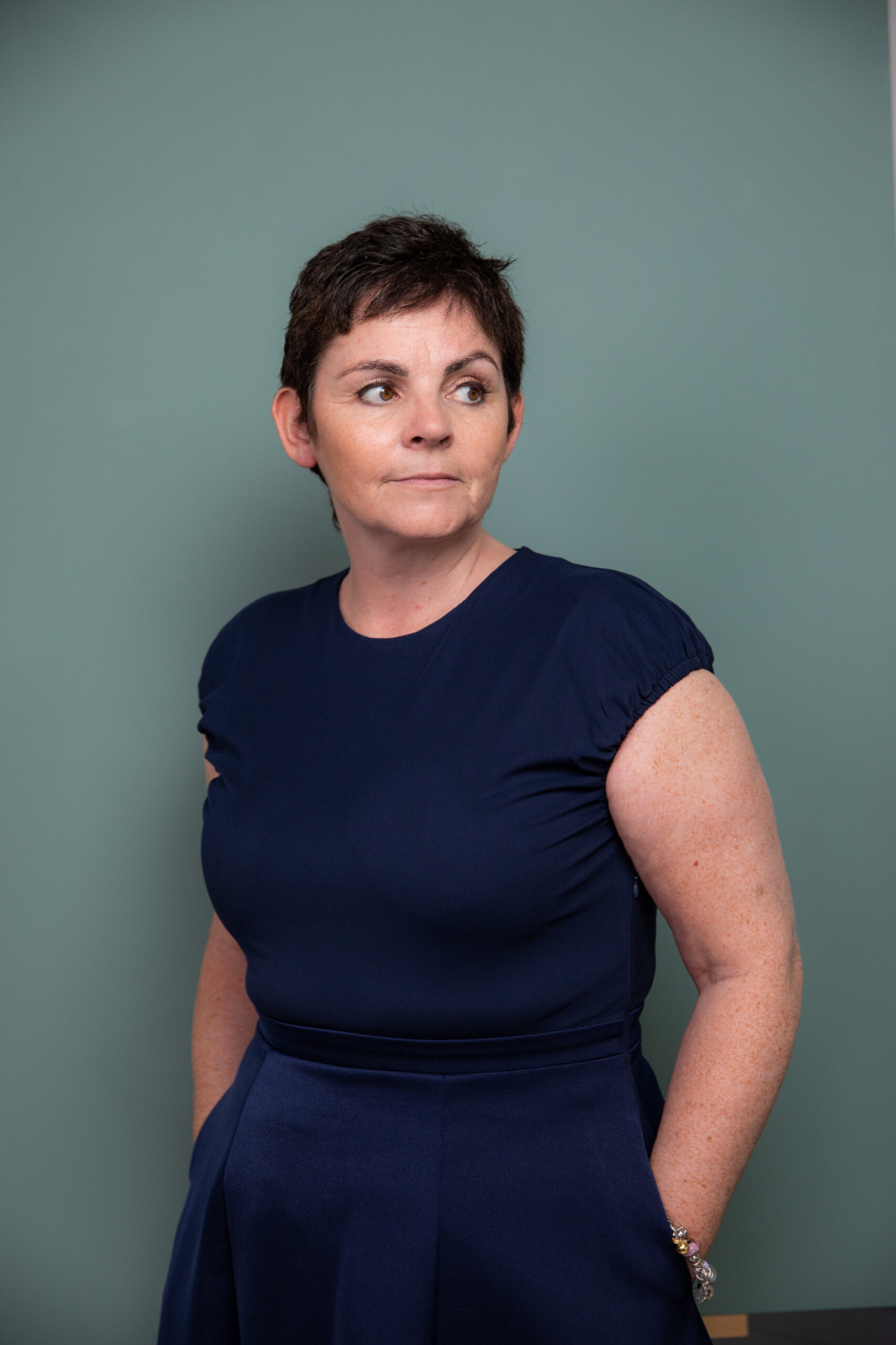 “Being diagnosed with metastatic breast cancer in the middle of a global pandemic is hard because you’re completely on your own. That’s why it’s so important to have the people around you that support and love you, even on the bad days.”

As a busy, working mum of two teenage boys, juggling a career as a manager in an IT company, family life, and all the things that come with isolating due to COVID-19, Barbara was living her life, unaware of what was to come.

“One evening in June 2020, I was eating toast on the couch and a couple of crumbs managed to fall down my top, as they do. I put my hand down to brush the crumbs away and I felt a hard, immovable lump on my breast, and I knew straight away something wasn’t right. It was instant.”

The next morning, Barbara called her GP to tell them what she had found and was told to come in that evening for a last-minute appointment with her GP.

“When I look back now, I was very lucky in a lot of ways. I went to my GP just as restrictions were lifting so I was almost fast-tracked through the whole process. I went from my GP to the breast clinic, to a biopsy, to being told I had stage 4, incurable cancer, to starting treatment, within a couple of weeks. I almost didn’t have time to process what was going on, but in hindsight maybe that was a good thing.”

Told in the clinic the day she went, alone, that the lump she had found was most likely cancer, within 10 days, Barbara was in University Hospital Limerick for CT scans. These scans ultimately showed that the cancer in her breast had spread to spots on her liver. Having had no symptoms, Barbara was diagnosed with metastatic breast cancer in August 2020.

“I think myself and my husband were the first people ever to say they felt better coming out of an oncologist’s office than they did going in. When my consultant originally gave me the news that the cancer was not curable and when I met with Oncology later that day they would explain to me about palliative care, I truly thought I was going to die. It was my oncologist that told me my type of metastatic breast cancer today is treated as a chronic illness, that we will continue to treat until treatment stopped working. This gave me a huge amount of comfort and again, I was lucky that I was able to book in to start my courses of chemotherapy a couple of days later.”

The most difficult part for Barbara was telling her family and friends that she was ill. Being originally from London, many of her family members and sisters found out about her diagnosis over the phone. Due to COVID restrictions, Barbara felt isolated even from those family members close to her.

“I had to tell my parents through a window to their house because I couldn’t go in because of COVID. It was a really difficult time.  I definitely think telling people was the worst part because seeing their reaction and how upset they are by the news just brings it all home again. But I was very lucky that my husband and two boys have been incredible throughout the entire process.”

Scans after Barbara’s initial course of chemotherapy in December 2020 showed positive results, and she now looks forward to spending as much time traveling and being with her family as possible.

Barbara wanted to take part in this year’s Breast Cancer Isn’t Just Pink campaign, because she wants people to understand that not all breast cancer journeys are the same.

Something that gets to me is when people hear I have breast cancer they almost congratulate me for “having one of the good ones”. I even remember I used to think breast cancer was “one of the good ones” but you realise that’s not the case when it happens to you. When it happens to you, and you’re metastatic, you feel completely removed from the pink, pretty side of breast cancer, because you know you’re not going to come out the other side of treatment. I just wish more people knew that it’s okay to struggle and have bad days, and that there are people there for you that understand. That you’re not in this alone.”