In 2021, Colm bravely shared his story as a part of our Stand Up For Your Prostate campaign. Read his full experience with prostate cancer below. 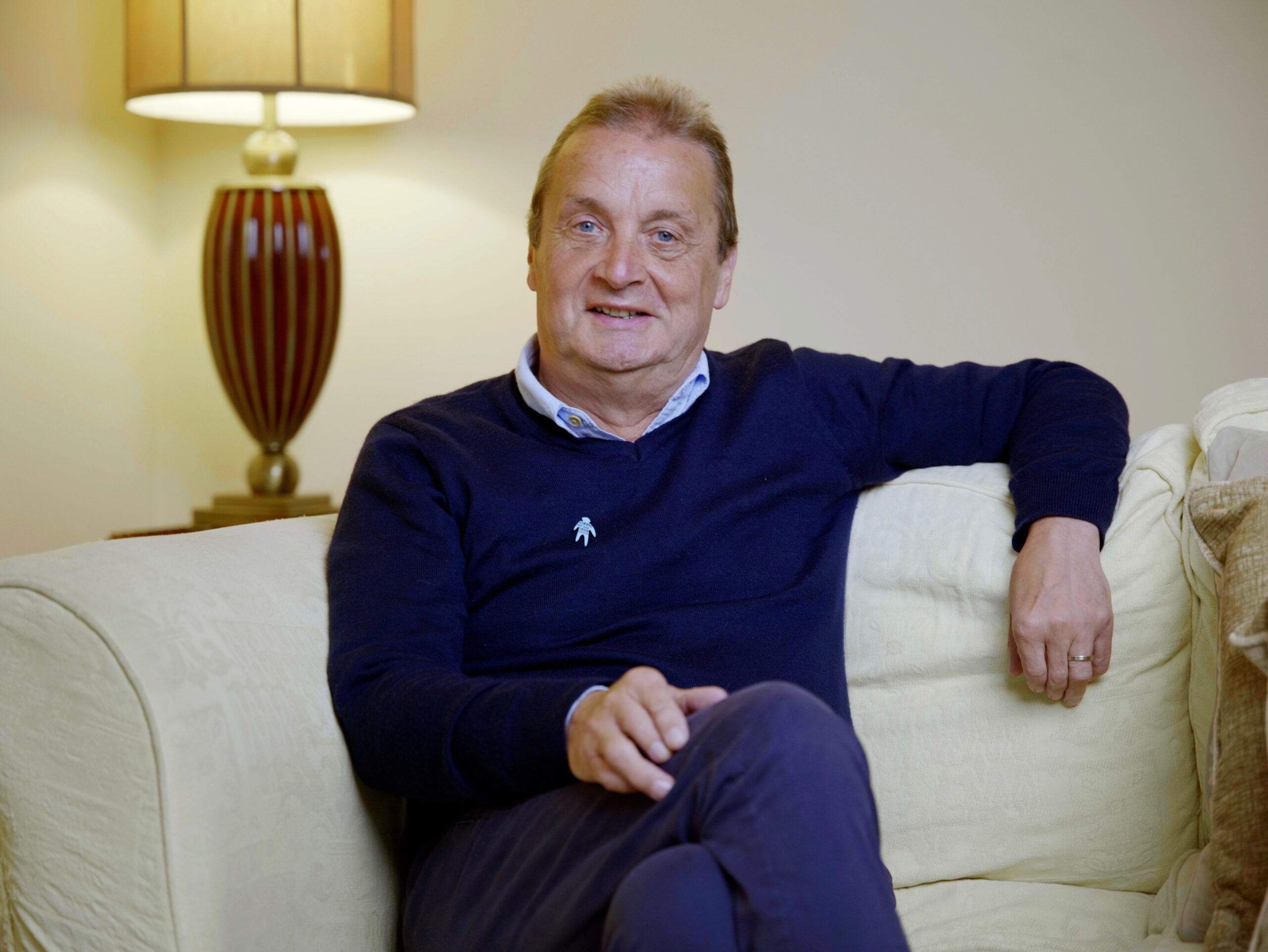 “If you lost a filling in your tooth you wouldn’t walk around for months without getting it seen to. It’s the very same with your health. Just because you can’t see it doesn’t mean it’s not there and now, I tell everyone I meet over 50 to get their PSA checked.”

Colm is a 63-year-old father of three and has worked in a fast-paced office environment most of his career. Being fit and healthy his entire life, when he was diagnosed with prostate cancer in early 2020, his world was turned upside down. He is now using his experience to help raise awareness and ensure that all those diagnosed are diagnosed early. Read more about Colm’s story below.

“I felt fine. After a couple of pints I would have trouble going to the toilet but as it didn’t happen often and it wasn’t something I was constantly struggling with, I never really thought to go to see anyone about it.”

After a particularly bad experience one night, Colm mentioned the difficulties he was having to his GP who referred him on to see a consultant. The verdict – like many men his age, Colm was told that he had an enlarged prostate and that we would need to take medication to help control his symptoms. This worked for a while but as time went on, became less and less effective, resulting in several trips to his local Care Doc late at night.

These symptoms carried on for about a year until one day in 2019 when Colm went to see his GP about an unrelated issue, she noted that his bloods hadn’t been done in over a year and insisted on carrying out some routine tests. Sure enough, Colm’s PSA levels came back higher than normal. He was then sent back to the consultant he had seen a year earlier, and a wide variety of tests were carried out to get to the root of the issue.

In October a biopsy was carried out and it was confirmed that Colm had prostate cancer.

“It seems funny now, but I had never been in hospital before. All my life I had played sport and was active and thankfully never sick so when I went in with my wife to received my results, I genuinely believed I would be told I need to change some of my habits but I was going to be fine. But that wasn’t how it went for us.”

Colm was told that on the day of his test, 12 biopsies were taken from his prostate and 3 of the samples came back as cancerous. Out of the three, one sample was at risk of spreading.

Having watched his father struggle with three forms of cancer (kidney, colon and lung) before he passed away, Colm decided he would bite the bullet and go down the surgery route rather than a year of radiation treatment.

Colm was very lucky as he received his life saving surgery two days before operations were shut down as a result of COVID-19.

“I went in on the 2nd of March for my surgery and was told that had I come in two days later, I would have been sent away and had to wait for months before I could have my procedure done. Everything just seemed to line up for me and I feel incredibly lucky that I got help when I did as it’s probably saved my life.”

After a week in hospital and four weeks at home recuperating, Colm was delighted to be able to return to work earlier than expected, and begin to live his life, albeit slightly differently, in this new COVID-19 world.

In July, Colm went back to hospital for his second PSA test after the procedure along with a full bone scan and further tests and was delighted to hear that he is now cancer free. Colm’s experience has profoundly changed his outlook on life and his health is now at the top of his list of priorities.

“You do get paranoid, especially with things like COVID. I’m now hyper vigilant of my health and I have to say, my family have been amazingly considerate in making sure that I’m looked after in that sense.”

Now out the other side of treatment, Colm tells everyone and anyone he meets over the age of 50 to go and get their PSA blood test. As his cancer was diagnosed early, he had more options in terms of treatment, a shorter recovery time, and is now back to living his life, which sadly is not possible for a lot of people.

“Just after I was diagnosed, a friend of mine was complaining of fatigue and just feeling a bit run down. Six weeks later he was dead from stage 4 cancer. He was only in his early 50’s!”

Men are useless when it comes to talking about their health. We like to think that we’re indestructible but we’re not, we’re just people. A lot of men I believe are scared or just don’t take the time to get regular check-ups. They assume whatever is bothering them will just go away or they can learn to live with it. Which as I now know is not the case. So, if a simple blood test could help to save your life, I don’t know why you would not get it. If my story helps just one person get the test and get themselves checked out, well then it would have been worth it.”

For more information on the early detection of prostate cancer, please visit www.mariekeating.ie