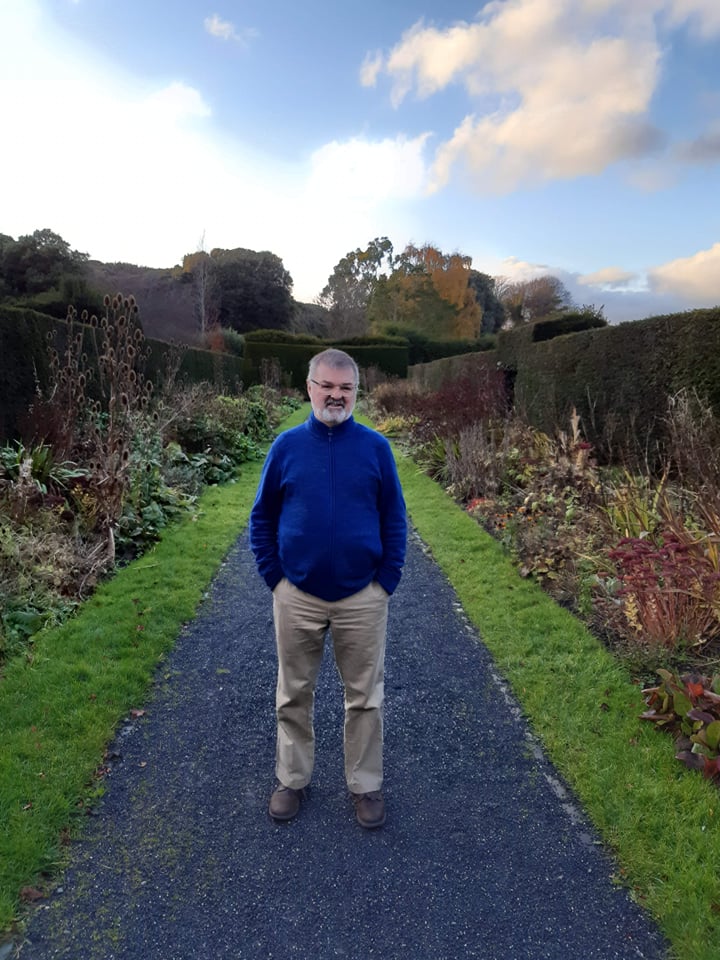 “The most important thing is that people know there is someone out there to talk to. You are not on your own in this and everyone’s experience is different.”

Before being diagnosed with prostate cancer in 2018, Donal was aware of the disease, but it never crossed his mind that it was something that could happen to him.

Aged 59, his annual “tick the box” check-up rolled around, but Donal had no signs or symptoms of anything feeling amiss.

“I only went because I have health insurance and since I turned 50, I go every year for a check-up just to make sure that everything is in order.”

After his initial check-up, it was discovered that Donal’s PSA levels were slightly higher than usual, and he was advised to go and see his own GP eight weeks later. The day came after another PSA test and a physical exam, Donal was told that everything looked normal. Upon further referral to a surgical specialist, Donal’s surgeon asked him a question that would change his life.

“He asked me if we had any family history of cancer and I told him that my sister had been diagnosed with breast cancer a couple of years previously. I had no idea at the time of the link between breast and prostate cancer so it wasn’t even something I would have thought to contribute. Had he not asked, all of my tests looked fine so it could have been a very different story for me. I’m one of the lucky ones.”

Donal was sent for further tests and a biopsy revealed that he did in fact have early stage prostate cancer.

“When I was in the waiting room in the hospital the day I was diagnosed, the man who had gone in before me literally ran out of the doctor’s office and disappeared from view. That was the first time that I had even considered that the news I was about to get may not be so pleasant.”

A self-professed worrier, Donal said that when he was originally told of his condition, he was ‘surprised by how calm I felt’. Due to the early nature of his diagnosis, there were multiple pathways that could have been taken for treatment, but Donal selected surgery to remove his prostate which they did on the 31st July 2018.

Donal was aware of the side effects that often came with prostate cancer treatment, but what he was not prepared for was the overwhelming sense of isolation he felt once treatment ended.

“I just couldn’t find any stories out there that I related to. I’m a gay man, so I didn’t connect with other survivors stories in that way, and it sounds awful, but I would feel awful when I read things about men being out of pads (incontinence pads) and back to normal in three week. That wasn’t happening for me and it was devastating.”

At a loss for an outlet to find those on a similar journey, Donal put up a post on a dating site, explaining his story and asking for some advice. “That was a Godsend. I found most of the information I have today and some close contacts that I would regularly be in touch with from that encounter.”

Another thing Donal found difficult was finding an outlet to share his experience.

“Men really don’t want to talk about their health. When I went back to work, I found out lots of my colleagues had been through similar things and I had no idea. Whenever I tried to broach the subject of what I was experiencing as a by-product of my surgery like incontinence, erectile dysfunction or shrinkage, the conversation was shut down almost immediately as being TMI (too much information). Even my other gay male friends didn’t want to hear about it”.

Thankfully for Donal he had his partner beside him at every step of his journey to help him process and recover from prostate cancer. Now two years on, Donal is in remission and is now lending his voice to help support those that need it.

“My biggest take away is that I would love men to start talking about prostate cancer and have an open discussion about the very real aftereffects. It’s a mental and a physical journey you go on before, during and after treatment and I felt very alone in my realisation of that. No one should have to go through this on their own so I would like people to know there are some of us here and willing to help.”

To learn more about the signs and risk facts or prostate cancer, visit www.mariekeating.ie