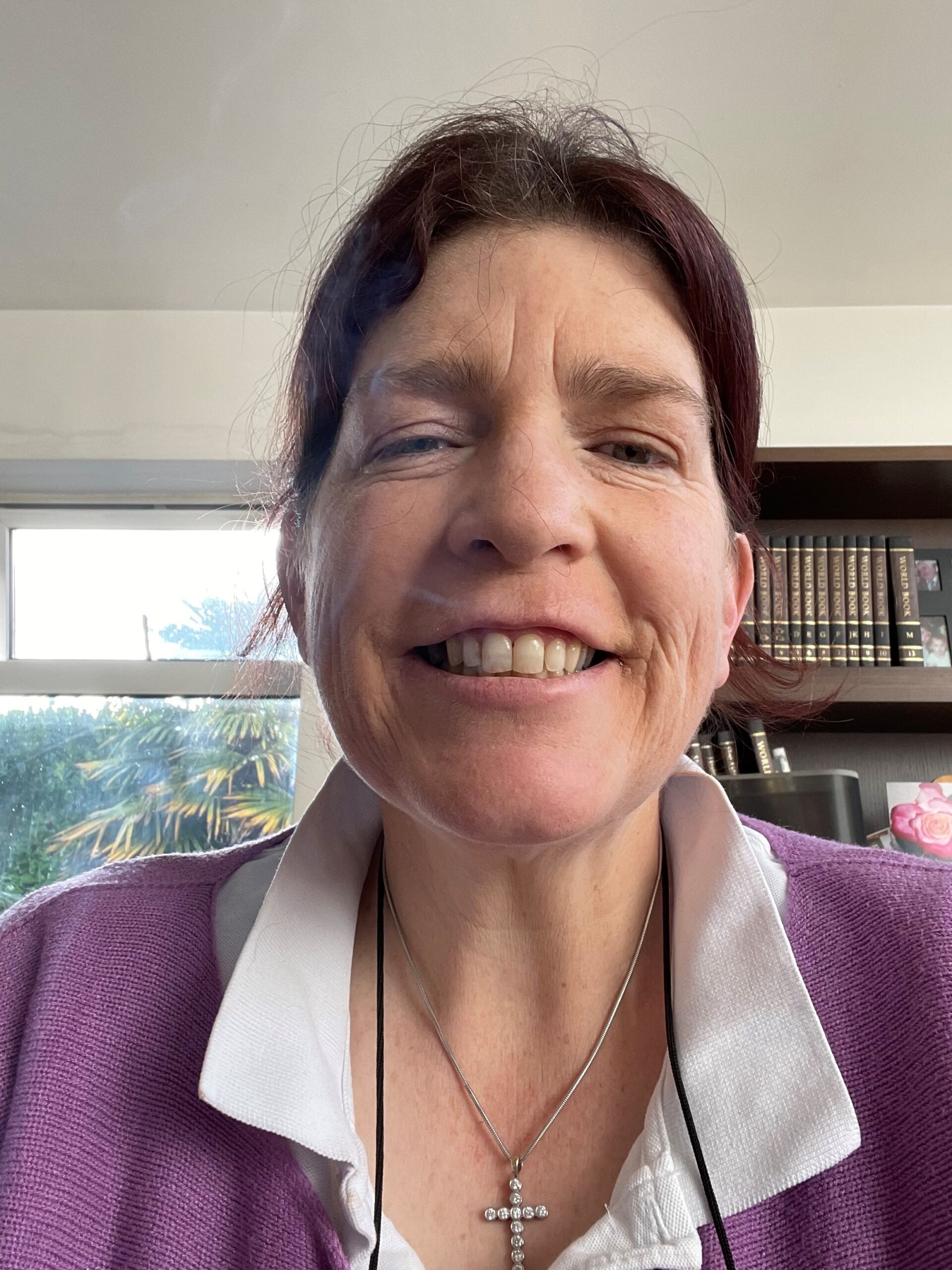 “It definitely hasn’t been an easy nine years. I’ve had stretches of good years but cancer has become a part of my everyday life, so I would encourage everyone to go to their GP if they have any concerns, it might seem scary at the time, but it really could save your life.”

Diagnosed with cancer of the rectum in 2013, Emma has lived with cancer for many years. She is now sharing her story to raise awareness of the signs and symptoms of bowel cancer, remove the stigma surrounding the disease and give other people hope. Here is her story –

Back in 2012, Emma was very fit. She was playing lots of tennis and even started taking up a person training 3 times a week. When Christmas rolled around and Emma started to experiencing bleeding when going to the bathroom, she chocked it up to overindulgence and a rapid change in diet from her usually healthy lifestyle. She ignored the symptoms.

“In February 2013, my Mam was diagnosed with pancreatic cancer and was given six months to live. That was a really difficult time for our family so all of my energy went to her. In June I noticed that the bleeding was getting worse, and I just so happened to change my GP around the same time. I told here I was healthy as a horse and she probably wouldn’t see me very much, but when she asked me how I was feeling now, I mentioned the fact that I was bleeding and she suggested I go for a colonoscopy.”

Due to her mothers worsening health, Emma decided to wait and put off her colonoscopy. After her Mums passing in August 2013, she returned to work in September and her life once again became busy, but her symptoms never went away

“My symptoms got worse over time, but I just chocked it up to stress. I couldn’t sit down for too long without getting a pain in my back and I was starting to lose control of my bowels. I went for the colonoscopy in the end, but I really thought it would just be something think like IBS. I never thought it would be cancer.”

In October 2013, after some tests, Emma was diagnosed with a stage 3 tumour in her rectum and between 10 to 50 polyps in her bowel.  She was diagnosed with Familial Adenomatous Polyposis, an inherited disease which was passed down from Emma’s biological parents. As Emma was adopted, she did not have access to her family history, and wasn’t able to take interventions earlier.

“In November 2013, I started radiations and chemotherapy and to this day, I would have to say that was one of the worst things I’ve ever experienced. I was really unwell and was just completely run down by all of the treatment, but it had the desired effect and the tumours started to shrink.”

In January 2014, Emma underwent a full panproctocolectomy to remove her bowel, and a stoma bag was put in place. After her surgery, she underwent an additional three months of what she calls, “clean up chemo”, and started to look towards life after treatment.

“After all surgery and treatment, in October 2014, I was undergoing monitoring and they discovered a couple of nodes from my original cancer my lung. But the treatment had kept them at bay and it wasn’t something I was worried about. They were fluctuating up and down, but they weren’t growing significantly, so I was just being monitored. I was able to go back to work, and my life seemed to go back to normal until I was diagnosed with secondary cancer in my lung in April 2015. It was inoperable so I went back on a course of aggressive chemo straight away.”

As a result of the chemo and radiation Emma had experience over the past few years, she experienced a prolapse and again underwent major surgery in April 2016. This meant that her chemo, treating her lung cancer had to be paused until he was fit enough, which was seven months later in September. 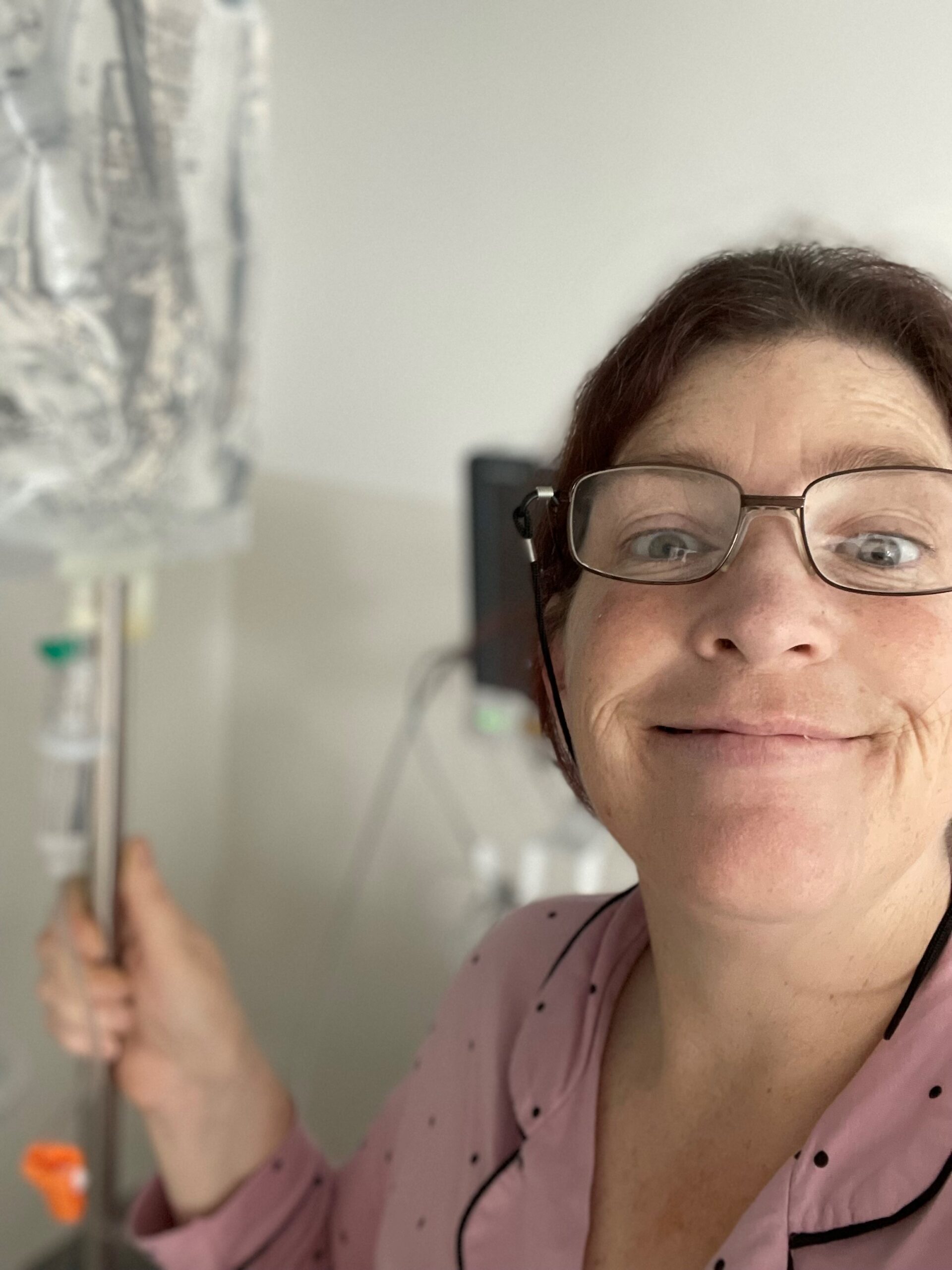 “2017 was a difficult year. I had lots of chemo so I was really unwell and I was experiencing lots of issues with my stoma like blockages and things like that, so I had my ileostomy bag re-sited in November. But my lung nodes showed no major growth, all of my scans were looking good, and my maintenance scans moved from every three months to every six months, and I went into period of relative stability until 2020.”

In March 2021, Emma went in for her usual CT scan and all looked well.

“I had target radiotherapy that time around, and because it was strong, I only needed 3 sessions, so I thought I was doing really well. Then in the new year, I was out with my dog, and I felt my right leg go from underneath me. I had originally thought it was a groin strain and I ignored it, but in the following days, when I was out for short walks, or walking around the shops, the pain was niggling at me. I still believe it was my Mum giving me a bit of a shove in the right direction.”

On the 7th January 2022, a scan revealed that a second tumour had developed in her hip, right beside where her original tumour had been.

“That January was difficult. I was diagnosed with cancer again, on my own, and because of COVID I couldn’t have anyone with me. I live with my Dad and he wasn’t allowed to come in and see my at first. At the time, I was upset but looking back, it was probably a good thing because when he was allowed to come in, I had sort of processed the diagnosis, so I was prepared to explain everything to him. But it was very tough.”

This time around, Emma is back on oral chemo, and is doing her best to stay upbeat, but some days are very difficult.

“I’m on chemo two weeks on, two weeks off, and the side effects are brutal, but my friends are fantastic, and my Dad is my rock, so I’m getting through it and hopeful I’ll have a break from it soon.”

Emma has received great support from other member of the bowel cancer community through her Facebook page, and through Cork’s Arc Cancer Support Centre.

“I would say to anyone who has been diagnosed, look for support. The feeling of letting it all out and just telling an impartial stranger how you feel, without having to manage your words to protect their feelings is a huge relief. It helps you get through your difficult times.”

When asked what she wanted people to know about bowel cancer, her response was “ my motto is ‘any lumps, bumps or blood, see your GP’. When I originally noticed symptoms, to be quite honest, I was embarrassed and that stopped me from going to my doctor. Now, I can see the importance of early detection, and simply taking the taboo out of talking about poo. If you have any symptoms, please talk to someone about it. It could save your life, and is worth a couple of minutes of embarrassment.”

Join The bowel movement today at www.mariekeating.ie/jointhebowelmovement, and help reduce your risk of bowel cancer.