Jarlath was diagnosed in 2012. He underwent a radical prostatectomy in February 2013 at the age of 48. He is a lecturer in nursing at Waterford Institute of Technology.

I go to my doctor once a year, ever since I turned 40. My GP picked up in 2012 that my PSA was increasing. Of course, PSA is not totally confirmative for prostate cancer, so over a period of about six months we did two or three further blood tests to make sure there were no false positives. It was clear that it had increased. As a result of that, and also having a history of prostate cancer in my family, I was sent to urology specialists in University Hospital Waterford. It was found following a biopsy, that I had a high grade prostate cancer to the anterior portion of my prostate gland. We went through the various options, but really the only option for me was that I would have to have my prostate removed. 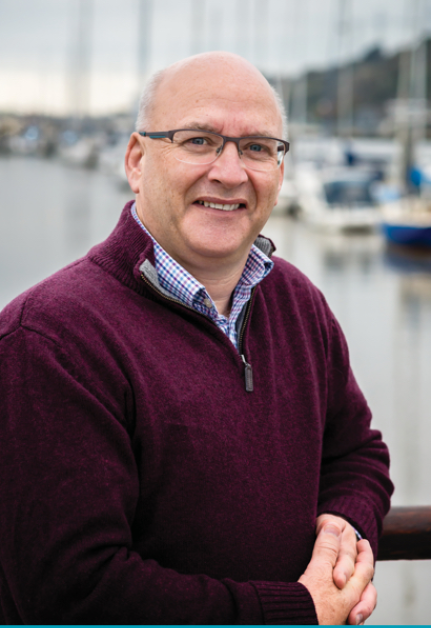 There is the impact on yourself, but there is also the impact on your wife and the impact on your family. I had younger kids – they needed to be reassured, because when they heard the word “cancer”, they thought the worst. You have to go home and deal with the after-effects of surgery, firstly the continence issue but also the erectile dysfunction issues. I think that’s the elephant in the room for all men who go through this and have a partner. I think I am one of the lucky ones because with a series of medications my erectile function has returned to about 70 per cent after three and a half years – I know some men will have none at all.

Having cancer has taught me that I have to actively protect both my mental and physical health. I chose to go and see a psychiatrist, because I knew I needed that care. I have learned the importance of where I am in my life at this stage. Looking after myself and my family, continuing with my work, and having as fulfilled a life as possible is what is important.

It is possible to get well and move forward but it’s just different from what it was before. You just have to adapt and react to those changes. As we all know in life, nothing stays the same.