In 2021, Kevin bravely shared his story as a part of our Stand Up For Your Prostate campaign. Read his full experience with prostate cancer below. 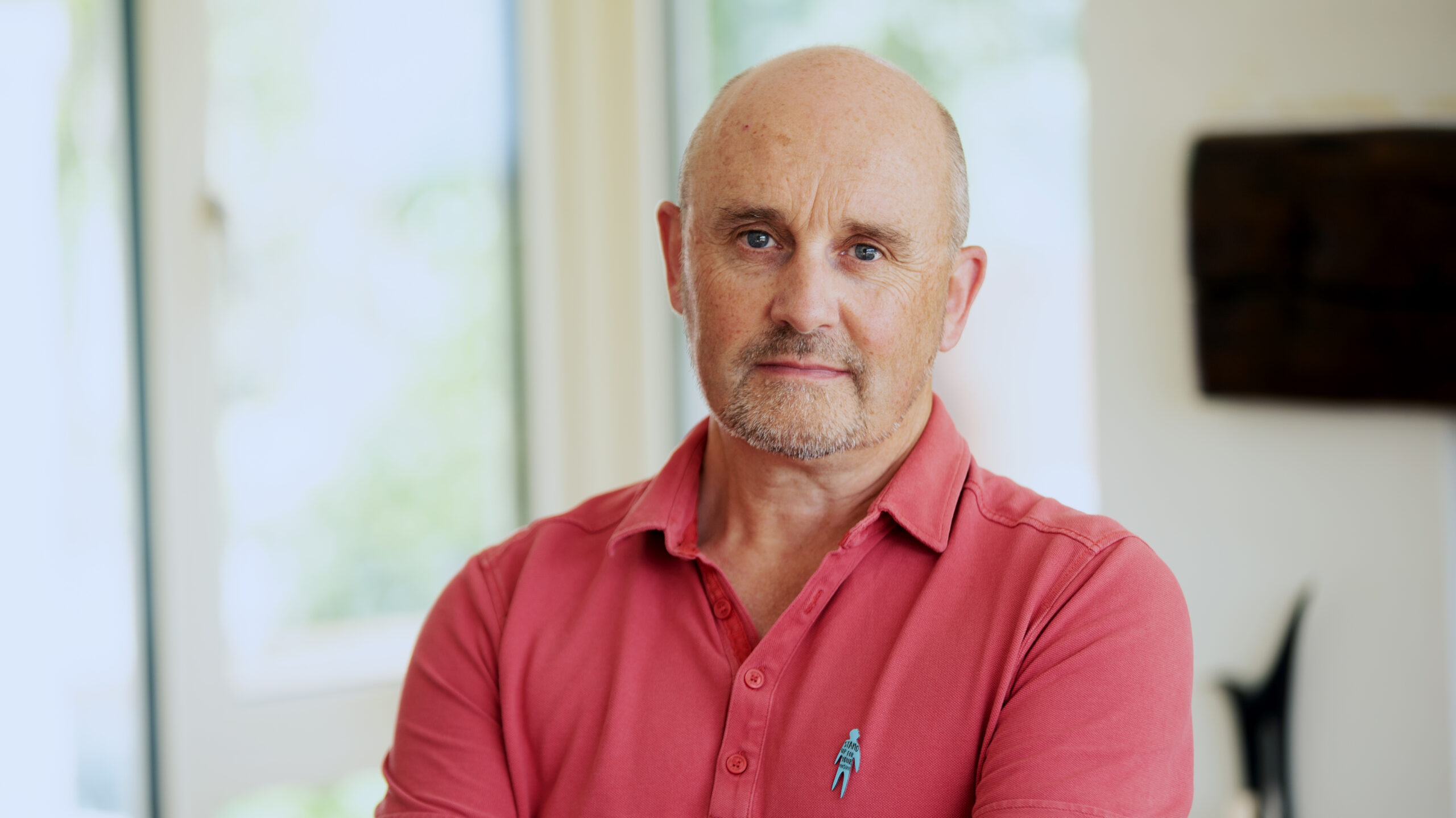 Clare man Kevin Doyle took pre-emptive action in his early 40’s and as a result, has come out the other side of prostate cancer.

“I had always heard stories of people struggling greatly with  cancer and people dying from the disease so I just decided very early on that I was going to go and get regular check up so that if something was wrong, I would be able to bring attention to it, and treat it before it became a problem” Kevin said.

Today Kevin is 56 but began going to his GP for regular check ups every six months so he could stay on top of his health in his mid-40’s.

“I felt fine, it was more of a peace of mind thing for me.”

During these biannual check-ups, Kevin’s GP began to see a slight rise in his PSA with each test carried out. As they were incremental increases, Kevin’s PSA was monitored closely over a 5-year period until 2015, when his PSA became higher than normal and he was sent to the rapid access prostate clinic in University Hospital Limerick for further tests.

When Kevin’s scans were reviewed, he was told that there were no cancer cells found in his biopsy, but there were some “atypical cells”.

“I didn’t know what that meant or what atypical cells were, I just focused on the no cancer part and was delighted to be able to go home.”

Over the next two years Kevin’s PSA was still on the rise, so he was referred back to the rapid access prostate clinic for more tests.

“The way a biopsy works is that they divide the prostate in to four sections or quadrants and they generally take three random tissue samples from each section. So, if you are like me, you may have prostate cancer, but the way the biopsy works out, you may just not be catching the right tissue for testing. The second time around I had an MRI scan before my biopsy so that the scan informed the biopsy process and they were able to examine areas more likely to be holding cancer cells. And sure enough, the results came back positive.”

Three weeks after this second biopsy, Kevin was told that he had prostate cancer and was sent for further tests to ensure that his cancer was contained to the prostate gland which, thankfully it was. Next came the decision of which road to take for treatment.

“Myself and my wife looked at all the different treatment options, we even considered going to Germany for a different kind of treatment but eventually we landed on surgery as there seemed to be less complications and simply for the peace of mind that post surgery, that source of cancer would be gone forever and it wasn’t something I would have to think about.”

Kevin had keyhole robotic surgery to remove his prostate on the 23rd February 2018 and thankfully managed to come out the other side and has recovered very well. He even admits to building snowmen in his garden seven days after his surgery! The advantage of this type of surgery is much quicker recovery time and fewer long term side effects.

“It’s funny, an old boss of mine that I had worked with in my early 20’s had had prostate cancer surgery years before me, and I found he was an immense help to me throughout this process. I think there is an abundance of information out there, and you learn a lot about your body with all the research you do and the information you’re given but what really gets you through is having people to talk to about what you’re experiencing. I know as men we aren’t always great when it comes to having those difficult conversations but its so much better to have them in the long run.”

Kevin had no family history of cancer, but his early intervention and diagnosis means that he is able to live his life to the fullest today, and his cancer experience is quickly becoming a distant memory.

To learn more about prostate cancer and the benefits of early detection, please visit www.mariekeating.ie