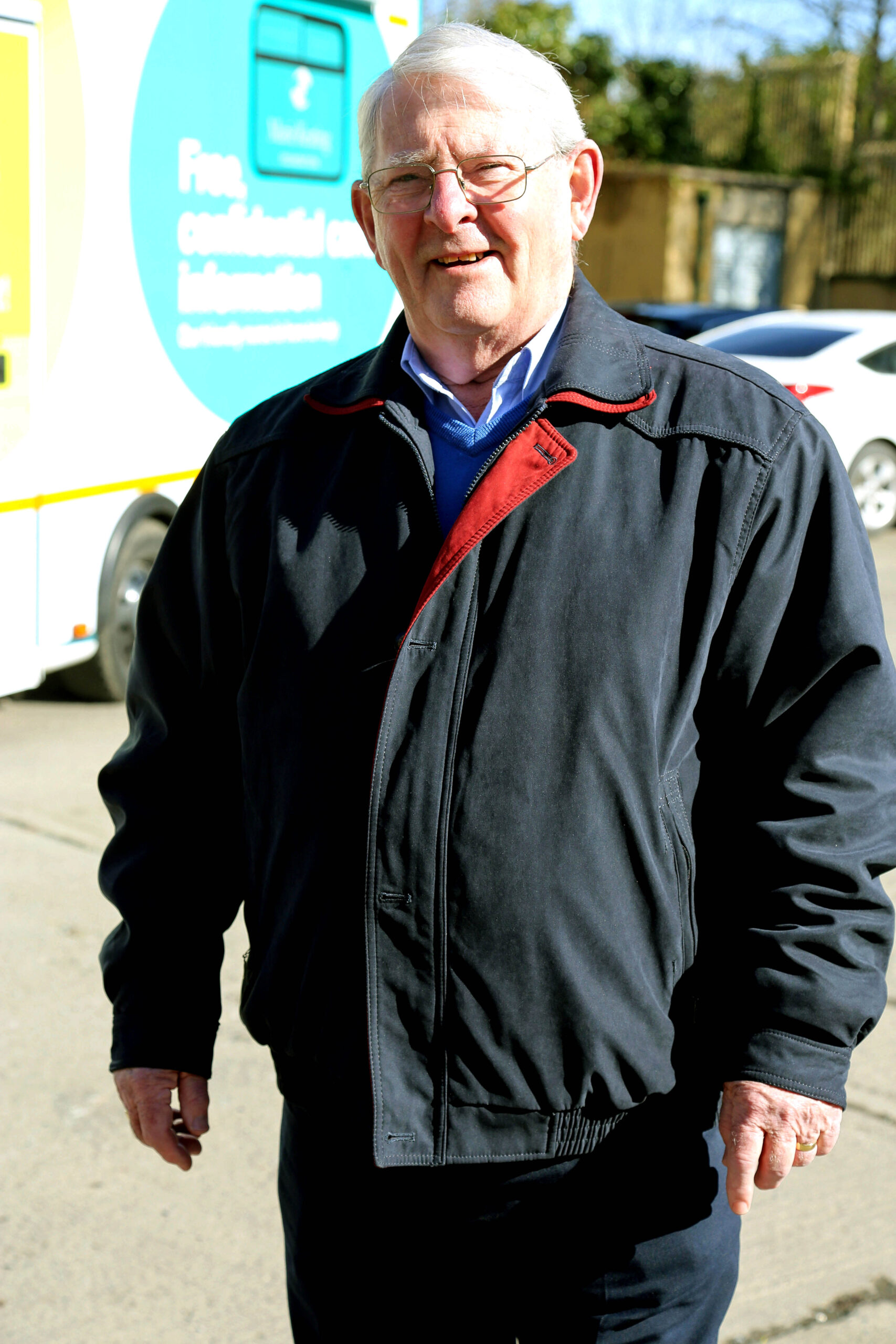 Paddy recalls receiving the BowelScreen letter one morning when he was eating a leisurely breakfast at the kitchen table. As he had more time to read it in his retirement, and as he had lost an older sister to cancer he decided to do the test (although he readily admits that he would never have been great about thinking about or taking time for his health prior to that and would usually ‘throw that kind of thing straight into the bin’.

Paddy did the test and received a phone call within a week inviting him for a colonoscopy at St. James Hospital. As the colonoscopy results were abnormal, Paddy then had to go for a range of scans and tests. When Dr Mc Cormack told him that he had 34 polyps on his colon and that one was cancerous, he couldn’t believe it as he  had had no symptoms and felt well. Paddy’s wife had come in that day and she was devastated on hearing the bad news.

Within a few weeks on the June Bank Holiday weekend Paddy was admitted to st James for his surgery. He was ‘scared shitless’ (he said laughing ironically) the night before and needed lots of sedation to calm him down. When the nurse came to measure him for a colostomy bag, he was terrified of that prospect although he had been reassured that this was just precautionary and that it was unlikely that he would have to have a bag.

The surgical team removed two thirds of Paddy’s colon leaving him with just 30cm. On waking up after the surgery Paddy was so thankful that this was enough to ‘function properly down there’ and that he would not need a colostomy bag which was ‘such a relief’. To this day, Paddy says he was incredibly blessed that he caught it so early. He also cannot speak highly enough of the care he received by the entire medical team at St James. His stay in hospital had to be extended to 11 days because he had a setback in his recovery and had to have a procedure 3 days after his original surgery to remove bile from his stomach. He never remembers feeling so down and depressed and a nurse called Martina who worked on the night shift was like an angel she was so kind to him and helped him when he was at his worst. During his 11 day stay in hospital Paddy lost 2 stone.

Thankfully, because Paddy’s bowel cancer was caught so early (thanks to BowelScreen) he did not need any further treatment i.e. chemo or radiation therapy.

When he got home he had to learn again what foods he could eat and it took several months before he could really trust his body, as to what he could digest. He always has to check that he is near a loo but other than that he is now feeling on top of the world.

His messages to anyone else would be “Really and truly, forget the abhorrence of thinking about poo and just do the test. It’s simple and takes just a few minutes and you do it in your own bathroom – -no one needs to know’.  He now lives his life with a new perspective knowing he was one of the lucky ones and he has urged all his family and friends to get checked. ‘When your man looks you in the eye and says it’s your time, that’s a scary moment.’ ‘I was blessed, absolutely blessed’.

Visit https://www.mariekeating.ie/cancer-information/bowel-cancer/ today for more information about the early warning signs of bowel cancer and the life saving BowelScreen at home test.