In 2021, Raymond bravely shared his story as a part of our Stand Up For Your Prostate campaign. Read his full experience with prostate cancer below. 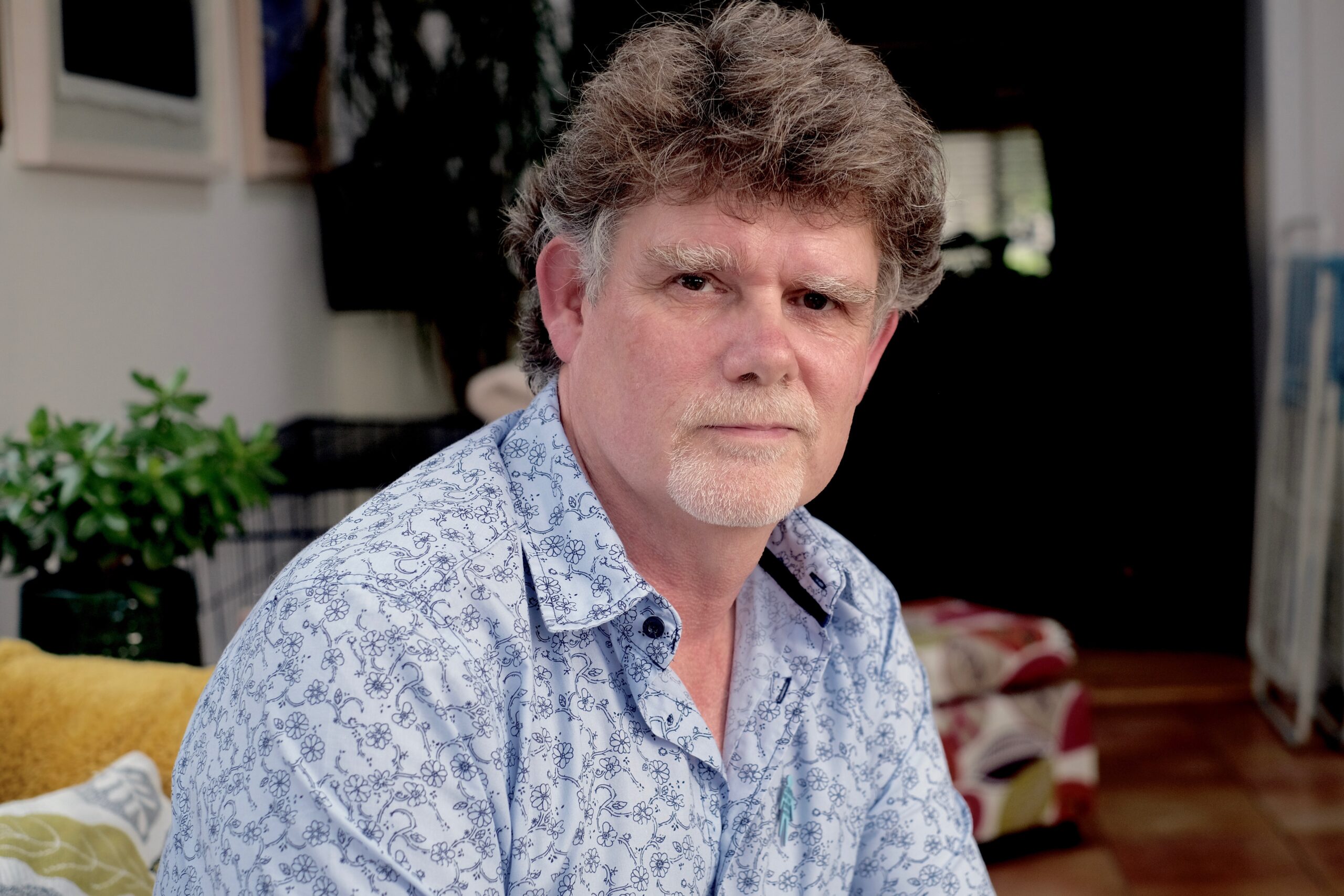 Raymond is a family man, an accomplished international project manager, Keynote speaker and a published author. Raymond is someone who doesn’t shrink away from a challenge and is a self-proclaimed optimist, trying to find the good in all situations. This is a trait that would be tested when he was diagnosed with an aggressive form of prostate cancer in 2016.

Always conscious of his wellbeing, once Raymond hit his late forties, he began getting regular blood tests and check-ups to maintain his health. One of these tests was a PSA test, designed to test for prostate-specific antigen’s in the blood. Raymond’s GP didn’t think that the PSA was necessary but Raymond persisted. His instincts may have saved his life.

In July 2016, Raymond’s test came back, showing elevated levels in his PSA tests. A subsequent internal exam showed nothing unusual. In December 2016, Raymond went for multiple biopsy’s, all of which came back clear despite his PSA level at that time reaching 20 (3.5 for normal for his age then). After the first biopsy, Raymond travelled to the UK for work and soon after developed sepsis, a turn of events he says he is incredibly fortunate to have experienced.

“I flew out to the UK the next day” Raymond explains “because I was working overseas and got sepsis which, thankfully, I did. I say thankfully because that led me into about seven months of infections and monitoring.”

After close monitoring for several months and another biopsy, in July 2017, Raymond was diagnosed with an aggressive form of prostate cancer. Due to the nature of his diagnosis, Raymond’s treatment options were limited.

“They have a scale called the Gleason Score; the highest is 10 and I scored nine. There wasn’t really an option, they had to get it out. They also took out some other plumbing bits I suppose that were in there. That happened in October 2017.”

Due to early intervention, and the continuous monitoring of his bloods, Raymond was given a very hopeful prognosis. Raymond’s surgery went well and the cancer cells were removed, but not without cost.

After his procedure, Raymond was warned that he may experience some incontinence due to the compromised structure to his pelvic floor. However, he didn’t expect the side effects to be so severe.

“Post-surgery the urology nurses kept saying to me you’ll have leakage and you’ll have to wear incontinence pads and I said that’s grand, no problem. When I went back to them after my first month, I said: ‘You’ve seriously got to change the word leakage because to me that’s a drip, I’ve got a frigging tsunami!’ He also has a very dark sense of humour J

Another by-product of Raymond’s procedure is a condition that affects many men after prostate cancer treatment, erectile disfunction. Raymond has been open about the fact that this side effect has affected his relationship but acknowledges that the alternative could be far worse.

Raymond was diligent when it came to his health, and due to his understanding of his own body and his persistence when he felt something wasn’t right, he now has more time to spend with those he loves. Though his road to recovery has not been a simple one, Raymond says his cancer diagnosis and his subsequent treatment has made him the man he is today.

“Cancer is just another thread in the fabric that has woven me today because I believe everything in your life weaves who you are. The decisions I made when I was 30, I would not have made at 40, and at 50 I wouldn’t have made the same decisions as I did at 40; life is a permanent learning curve. I am not typically one of those who’ll collapse in the corner under the enormity of anything; I always try to look for a spark of light somewhere. I believe there is a bit of light somewhere, you just have to try to find it.”

Raymond recently released a book, entitled “Nothing’s So Bad It Couldn’t Be Worse” documenting his journey with prostate cancer, why he dealt with it the way he did due to life experiences up to that point and the effect it has had on his family and his mental health. All profits from sales of book are donated to UNICEF Ireland. To buy a copy of Raymond’s book, visit www.raymondpoole.com/book.

To learn more about Raymond and stay up to date with his story, you can follow him on Twitter at @Aladinsane40.