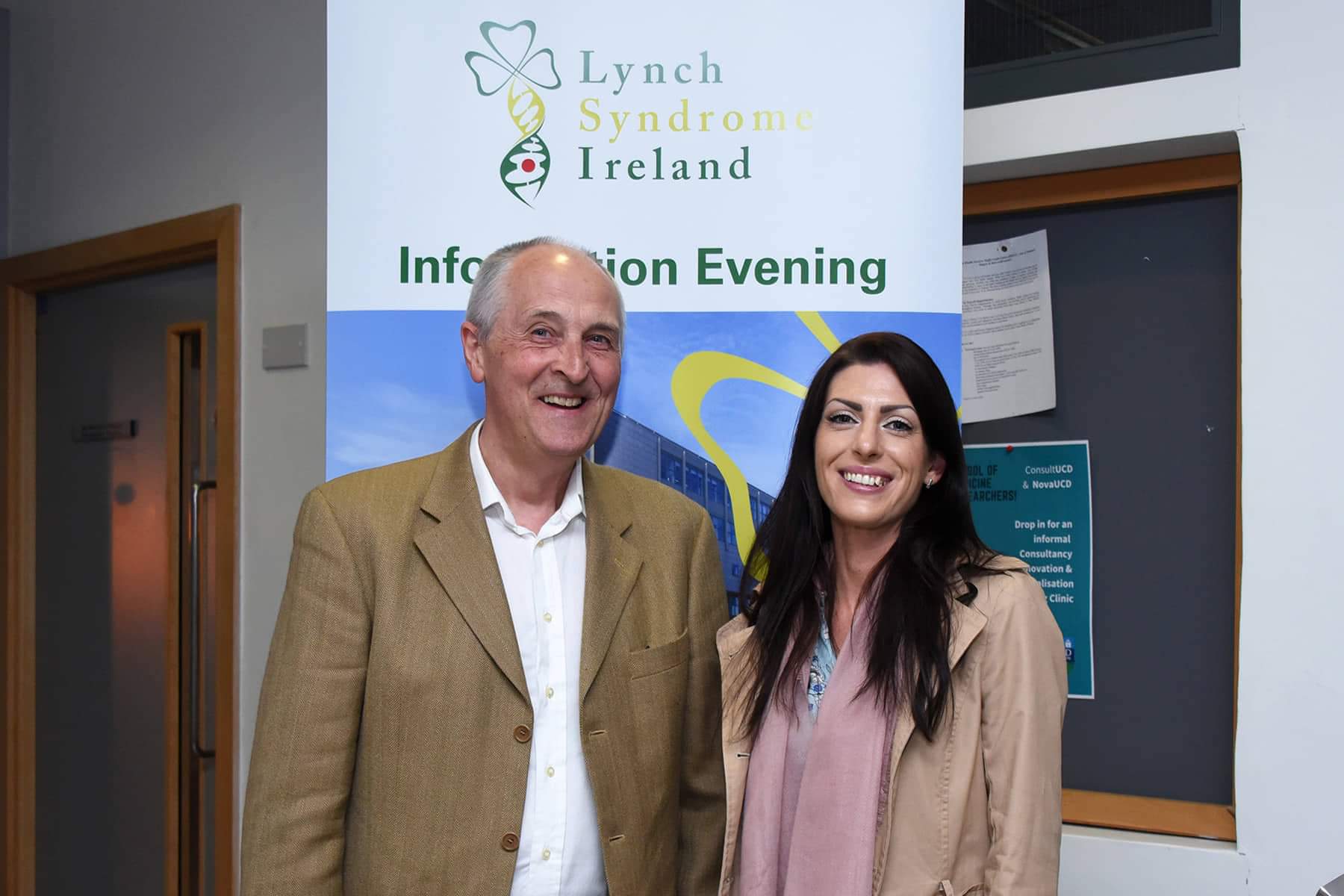 “I’ve been given the gift of information, so while yes, it can be physically and emotionally taxing, I can take steps to make sure that colorectal cancer doesn’t end my life, and that I can help others to have the courage to get tested, and go for screening if they notice a change.”

Roberta had always known there was something different about her family. Not only has she lost her grandmother and her uncle to bowel cancer, many of her extended family have also been affected by the disease.

“I remember being around ten or eleven years old, and I spent the summer visiting my Nana while she was in hospital. I didn’t know I at the time, but she was dying of bowel cancer. Bowel cancer has been a part of our family for as long as I can remember, so when I was told I had precancerous lesions growing in my bowel, I was almost calmer that my consultant. It was something I was almost expecting.”

After her uncle had passed away from stage four bowel cancer at the age of 41, Roberta’s family, namely her mother, began undergoing regular screening. This process of regular check-ups and open conversations around bowel cancer would become a major part of Roberta’s future.

In May 2017, Roberta started to experience issues with her stomach. She noticed as time went by, she had begun to lose weight without trying, was experiencing pain in her abdomen and wasn’t feeling like she was fully emptying her bowels when she went to the bathroom. Roberta spoke to multiple healthcare professionals about her worries, including her mother’s own consultant. She was told that due to her age, it was more than likely IBS, and was prescribed heart burn medication. Roberta never had heartburn.

“I was seeing a rheumatologist at the time about an unrelated issue, and he noticed that I had lost quite a bit of weight. When I told him about my symptoms, he referred me on to a gastroenterologist he know who agreed to do my colonoscopy. That was where everything really started for me. Had I not had that health care practitioner who had listen to and believed me, I may not be here talking to you today or if I was, I would almost certainly have cancer at this stage.”

In January 2018, Roberta went in for her colonoscopy. Before the procedure, her consultant said they would most likely be looking for signs of Crohn’s disease and in passing asked her about her family history.

“I mentioned that we had a very strong history of bowel cancer and some gynae cancer in my family, and I noticed at the time it twigged something for him, but he didn’t harp on about it. I don’t think he wanted to scare me.”

When she woke up from her procedure, Roberta’s consultant was sitting at the end of her bed. He told her “the good news, we’ve found no signs of Crohn’s disease. Bad news is we did find two large precancerous lesions which I’ve had to remove.”

Due to this diagnosis, and the fact that Roberta wasn’t the typical candidate for these types of lesions, the decision was made to go forward for genetic screening. While awaiting testing, due to Roberta’s colonoscopy, her genetically identical twin sister was advised to undergo a colonoscopy as well, where lesions were also found.

Both herself, and her twin sister went in for testing and tested negative for Lynch Syndrome.

“We had genetic testing to rule out the most common syndromes associated with bowel cancer including the most common of all- Lynch Syndrome, but that was ruled out. Based on the type, the number and the location of our lesions, WHO criteria established we hade Serrated Polyposis Syndrome. There is currently no genetic test specific for serrated polyposis bar RNF43 but this test only accounts for a tiny proportion of cases. Our family is hopeful ongoing and future research will help identify more of the genes involved.“

This diagnosis, when discovered, put a name to the years of heartbreak and worry her family had experienced.

“There is very little known about SPS and there is no cure, but it was a relief to be able to put a name to it. Since we got the news, we have sent some DNA samples to Melbourne University where they have been leading the way in SPS research, and our families DNA is being kept on file in order to test future families coming down the line that may have the same, or maybe even an undiscovered form of genetic mutation, and to be honest, I feel very lucky.”

When it comes to SPS, as a polyposis syndrome relentless growth of lesions or polyps is a given. As a result, Roberta and her family are at a higher lifetime risk of developing multiple cancers, including bowel cancer, if they’re not found and removed in time. This I what makes frequent colonoscopies, and the routine removal of these polyps, so important. Something Roberta fondly refer to as “The Harvest”

After her own mother’s life saving bowel resection in 2015 due to complications from an undiagnosed bowel cancer, the early detection and prevention of bowel cancer became a topic of great importance for Roberta and her family. Having grown up in an environment where regular health screening was the norm, she was acutely prepared for when the time came that she would need to go for regular check ups. This is something that many people aren’t prepared for, and make the process, or the idea of a colonoscopy even more daunting for people.

In Roberta’s words, regular screening has “saved her butt” many times over the years.

“Due to screening, and generally being aware of my body, I’m extremely fortunate that I’ve never been diagnosed with bowel cancer. I’ve come close a couple of times, but due to early intervention, I’ve always been able to get ahead of it. Because of screening, I’m able to be here at 38 while my uncle isn’t. He was just a couple of years older than I am now, when he passed away.

“It’s a tragedy but I am using that heartbreak and my own struggles to pay it forward in a way, and make sure no one, whether they have a worry about a change in their body, or a bit of embarrassment about going for screening, shy’s away from a colonoscopy. It has, and is saving my life!”

Family history is also a topic that sits heavily on Roberta’s mind. Her family history drew her a path to her current course of treatment, and while at times daunting, listening to your family history and taking appropriate action when needed is essential. And the good news is, there are those who can help you on your road to discovery.

“A huge help to me during the process of genetic testing and getting my diagnosis was finding and joining the Lynch Syndrome Ireland group. I would have been lost without the information and support they provided. That’s why I became an advocate for Lynch Syndrome. If you are worried about your family history, or even your own personal history with bowel cancer, and are looking for information on screening and genetic testing, I would highly recommend you look up their website. It’s free and it helped me so much.”

When asked what she wanted people to take away from her contribution to the Marie Keating Foundation’s #JoinTheBowelMovement campaign this April, Roberta’s message was simple.

“Firstly, get to know your family history and the signs and symptoms of bowel cancer. Secondly, if you are experiencing symptoms but don’t fit the idea in your mind of  “what a bowel cancer patient is”, speak to your GP about it anyway. And finally, if you’re eligible, go for BowelScreen. It’s so much easier to prevent than to cure, so if you were to take something away from my story, I would want it to be that.”