In 2021, Thomas bravely shared his story as a part of our Stand Up For Your Prostate campaign. Read his full experience with prostate cancer below. 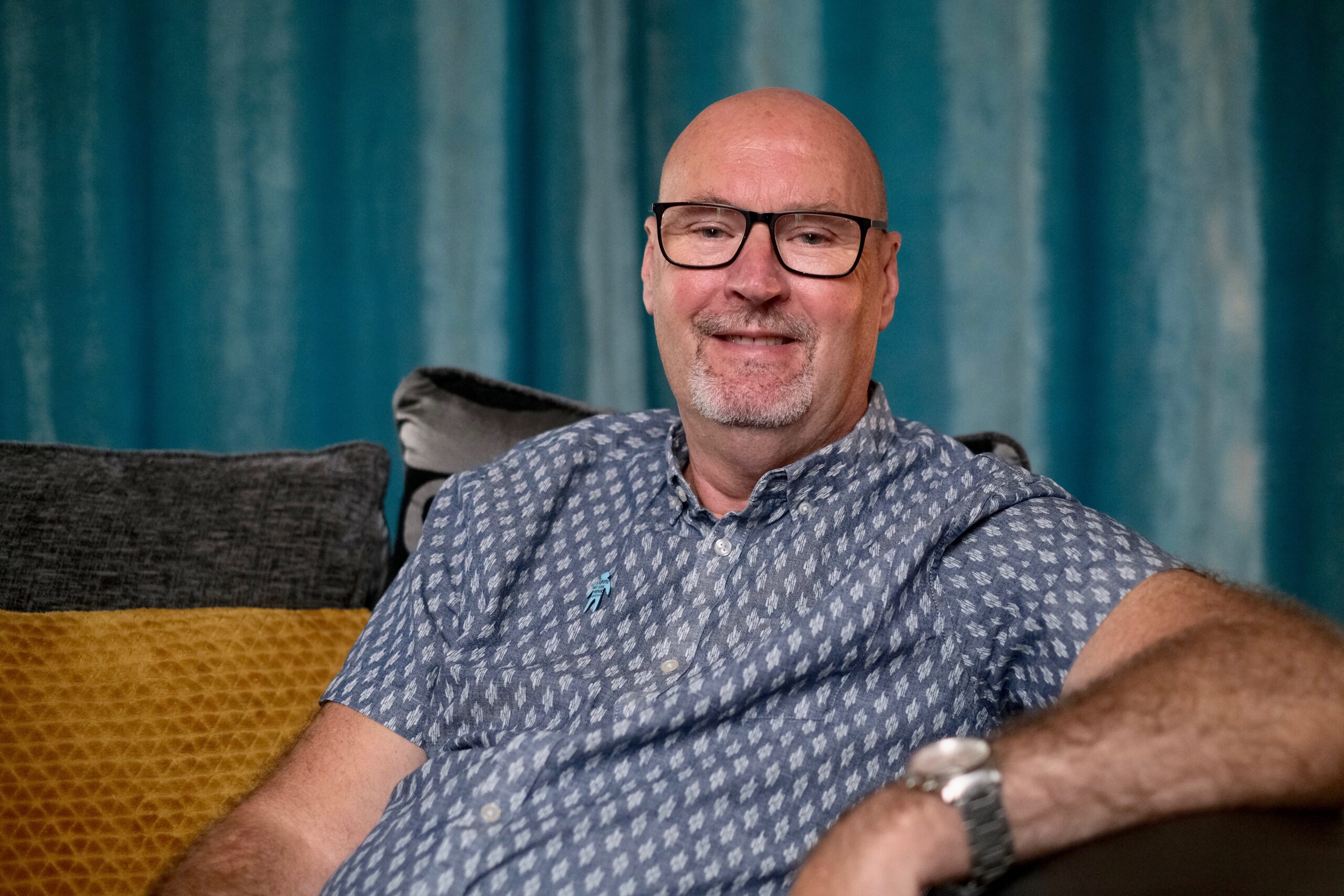 Thomas Devlin is a husband, father, manager and active participant in his home and work community. He has also survived cancer twice over.

“I wouldn’t be the biggest fan of the doctors in the first place as back then, I always thought they were just trying to make a quick few bob and give you some paracetamol but that’s not how I feel now. I can’t speak highly enough of my GP and all the consultants and nurses that helped me on my cancer journeys, they’re the reason I’m here today!”

In 2005, Thomas Devlin a busy husband and father of six started to feel unwell. Playing an active roll in his working community during the time of 2005, the simple reason Thomas went to his doctor in the first place is because he didn’t want to miss any time off work!

“I honestly thought he would just give me a tablet and send me on my way, but I was sent on for further tests and that’s when this whole thing really started.”

A short time later and after a scope test, Thomas was diagnosed with ulcerous colitis, which he had more than likely suffered with his entire life without noticing. Through this test, a small tumour “the size of a thumb width” was found in Thomas’s bowel and it was suggested that he have this small portion of his bowel removed.

“I remember I was in the little room with my wife and I was eating a cake at the time, so when the crew of doctors and nurses came in and told me I had cancer, it didn’t register at all with me. I nodded along and then when they left us, I had to turn to my wife and ask ‘did they just tell me I have cancer?’”

Thankfully, Thomas’ cancer was detected early and had not had the opportunity to spread. He had his operation shortly after his diagnosis in 2005 and all was well for a time.

Just after Thomas’ 50th birthday, he began to feel pain when going to the bathroom and the feeling of needing to urinate more frequently. Blaming this issue on too much coffee, Thomas continued on with his busy days and his symptoms became increasingly worse as time went on. Thomas would experience instances of urgent urination and pain and over time, the episodes went from once every six months, to once or twice a month. However, it wasn’t until he had two incidences of not being able to get to the toilet in time in the one day that Thomas sought advice from his GP.

Like many men his age, Thomas was told he was experiencing urination issues due to an enlarged prostate but because of his history of cancer, he was sent on for further testing in September 2019.  After further tests and a biopsy of the prostate, Thomas was told that he had low grade prostate cancer. We have told that his tumour was borderline so he could take the observation route or opt for surgery to remove the prostate.

Due to his ulcerous colitis, radiation therapy was not a valid option for Thomas so the decision was made to go for surgery in February 2020. Thankfully for Thomas, he came through surgery extremely well and even though he did experience some of the side effects that come with prostate cancer treatment, he now say he is feeling ‘90% back to my old self again’.

“When people hear the word cancer, they think it’s the end of the world, but it’s not. I was detected early and have come out the other side twice so it’s a testament to the fact that you can live a life after cancer treatment. But you have to go and get yourself looked after. If I hadn’t have gone to my GP, I wouldn’t be here today so I would say that if you notice any changes, don’t leave them go on for too long. Get them seen to and then you can take whatever comes down the road when it happens.”

For more information about prostate cancer and the early detection of cancer, please visit www.mariekeating.ie