“When people tell me I’m ‘too young’ to have gotten cancer, it really annoys me. Cancer doesn’t discriminate based on age, where you’re from or what you look like. That’s why I wanted to share my story. To let people know how important it is to be aware of your body, do your self-checks and get the help you need as soon as you can.” 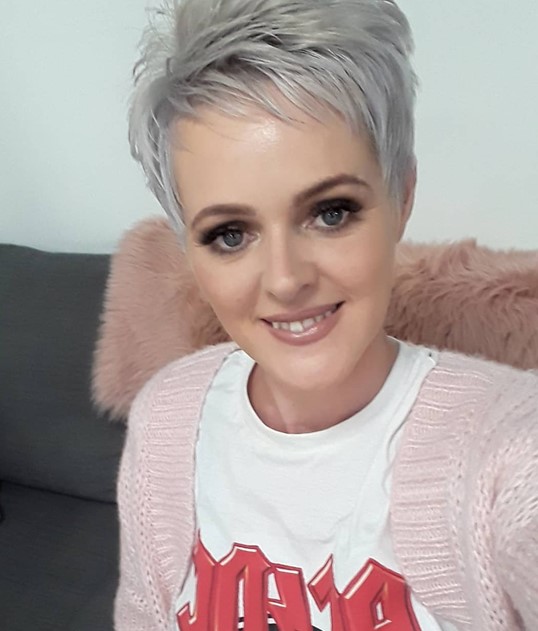 Trina, a then 33-year-old mother of one found a lump in her breast in March 2018. As many women do, Trina ignored the lump and continued on with her busy life. But no matter how much she tried to tell herself it was just a hormonal thing, or that the lump was nothing, in August 2018, Trina went to her GP and got it checked. After an eight week wait, and a referral to Waterford hospital, on the 18th October 2019, Trina was told she had breast cancer.

“My entire world exploded. As strange as it sounds, I wasn’t surprised when they told me it was cancer, but I almost felt like it was happening to someone else. Like in a movie when you’re floating outside your body, watching the doctors give the details of your diagnosis to someone that’s not you.”

Trina describes the two weeks after she was diagnosed as “pure grief”. She was young and fit and didn’t understand how this could have happened to her.

“I always viewed breast cancer as an old person’s disease. I didn’t know anyone my age, or even close to my age that had been through what I was going through, so I didn’t know who to ask for help.”

It was then that Trina decided to start her blog. From that day on, Trina documented everything that was happening to her. She decided she was not going to let her diagnoses be in vein, and while she was on her journey, she would show others it was possible for them to be positive and do the same.

Through Trina’s Instagram and blog, she shared the highs and lows associated with treatment. After chemotherapy and an unsuccessful lumpectomy, Trina was faced with the decision of going ahead with another lumpectomy that may not work, or to have a mastectomy. 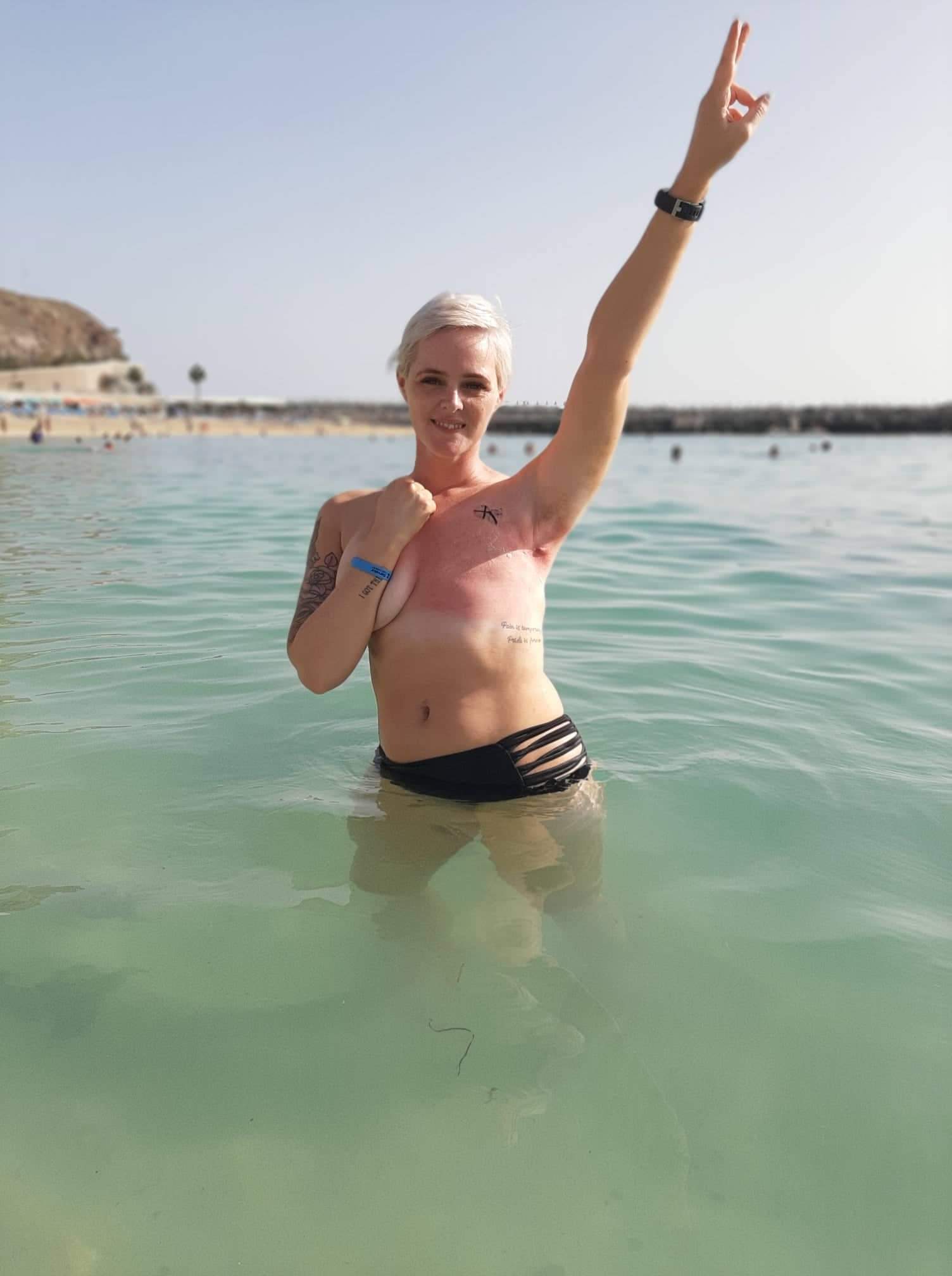 “It was something I really struggled with. I didn’t want to feel like less of a woman as silly as that sounds, but I put the decision off for a few weeks. When I finally decided I was going to go ahead with the surgery, and said it out loud, it was like a weight had been lifted.”

“From the day I was diagnosed, I always knew that if I ever had to get a mastectomy, I didn’t want a breast reconstruction, and I’m so glad I followed through with that idea. My Instagram has been a place for me to work out my feelings and process my diagnoses, but when I posted the photo of me on holiday in September, not hiding my mastectomy scar, things just took off.”

Trina, who had once felt alone in her diagnosis was now flooded with messages from women commending her for her bravery, sharing their own experiences with cancer, and letting her know how much her story has helped them.

“I have never hidden anything about my treatment, and that includes my scars. I want women to know that whether you have two boobs, one boob or none, you are beautiful and strong.”

Trina wants people everywhere to stop thinking of cancer as a dirty word.

“Years ago, people wouldn’t even tell you they had cancer and would just go off, have their treatment and never mention it. When news of my diagnosis got out, a 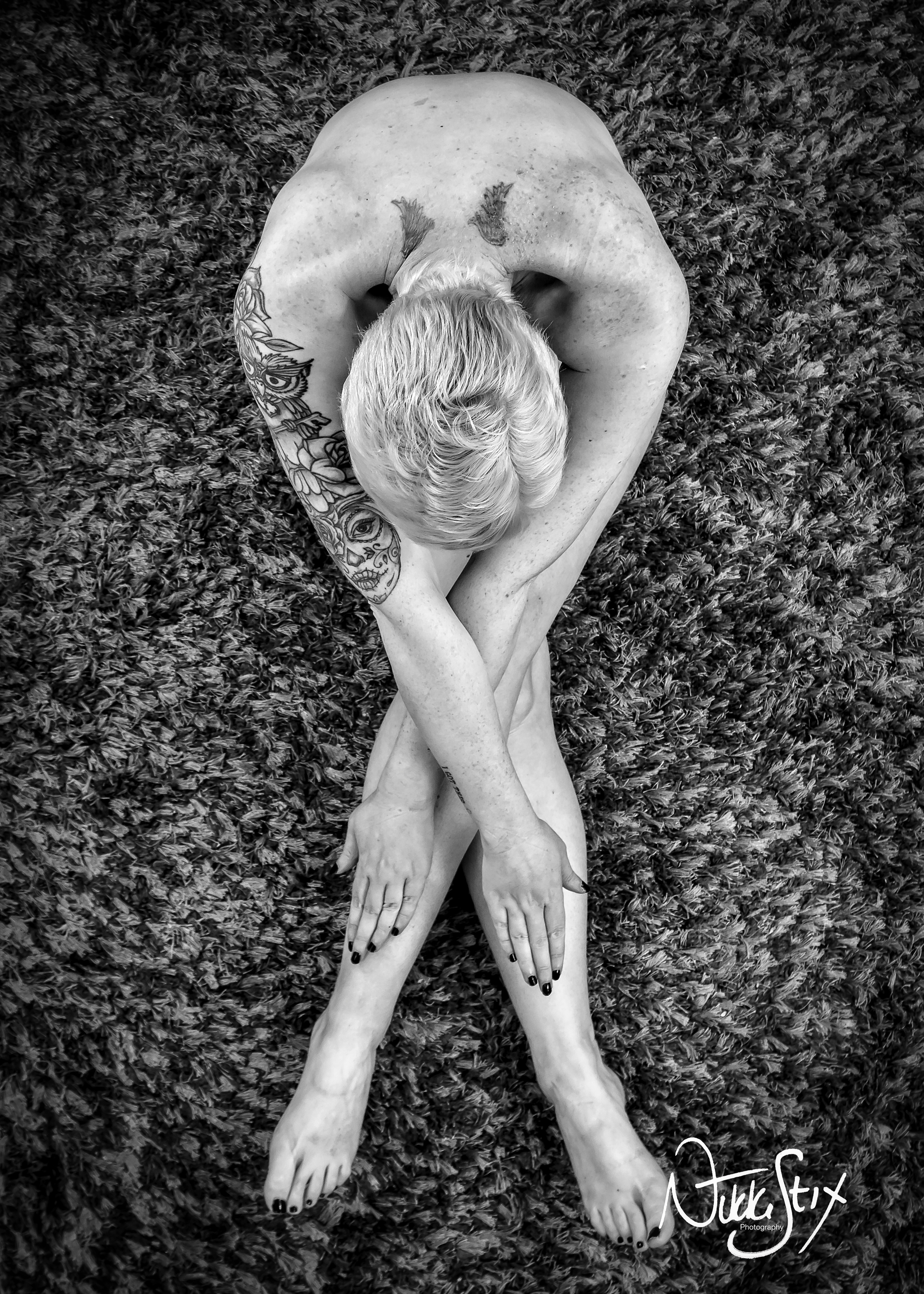 woman I used to work with sent me a text and told me a few years before she had had breast cancer and I had no idea! It seems crazy to me. Keeping all that negativity and fear inside is toxic. I want people to talk about what they’re going through and show the world they are proud to be fighting cancer because that’s what they’re doing. They’re fighting.”

Cancer has put Trina’s life into perspective. She has gone from someone who struggled to talk about her feelings, to someone who has not only come out the other side of cancer but is in the process of writing a book about her experience.

Through her breast cancer diagnosis, she now has a newfound appreciation for her family who ‘put their lives on hold for a year’ to support Trina and her son through her treatment, as well as a more open and honest relationship with her twelve-year-old son Corey.

“I just want people to know you’re not alone. That no matter what, there is always someone out there that has been through it, and you are never too young to start doing your self-checks. I may feel stupid, but it could save your life”