“I think what people really need is hope. You see people in radiotherapy rooms and their world is coming down around them but it’s important to know that there is something after this. You can get through it and stories of hope do exist.”

Addie Guest is a mother of three who was diagnosed with an incredibly rare form of cancer and 11 days after treatment, began a four year degree in social care. Having struggled through intensive cancer treatment and against all odds making it out the other side, the mental and emotional aftermaths of treatment left Addie feeling alone. That was until she found the Marie Keating Foundation’s Survive and Thrive Support group. 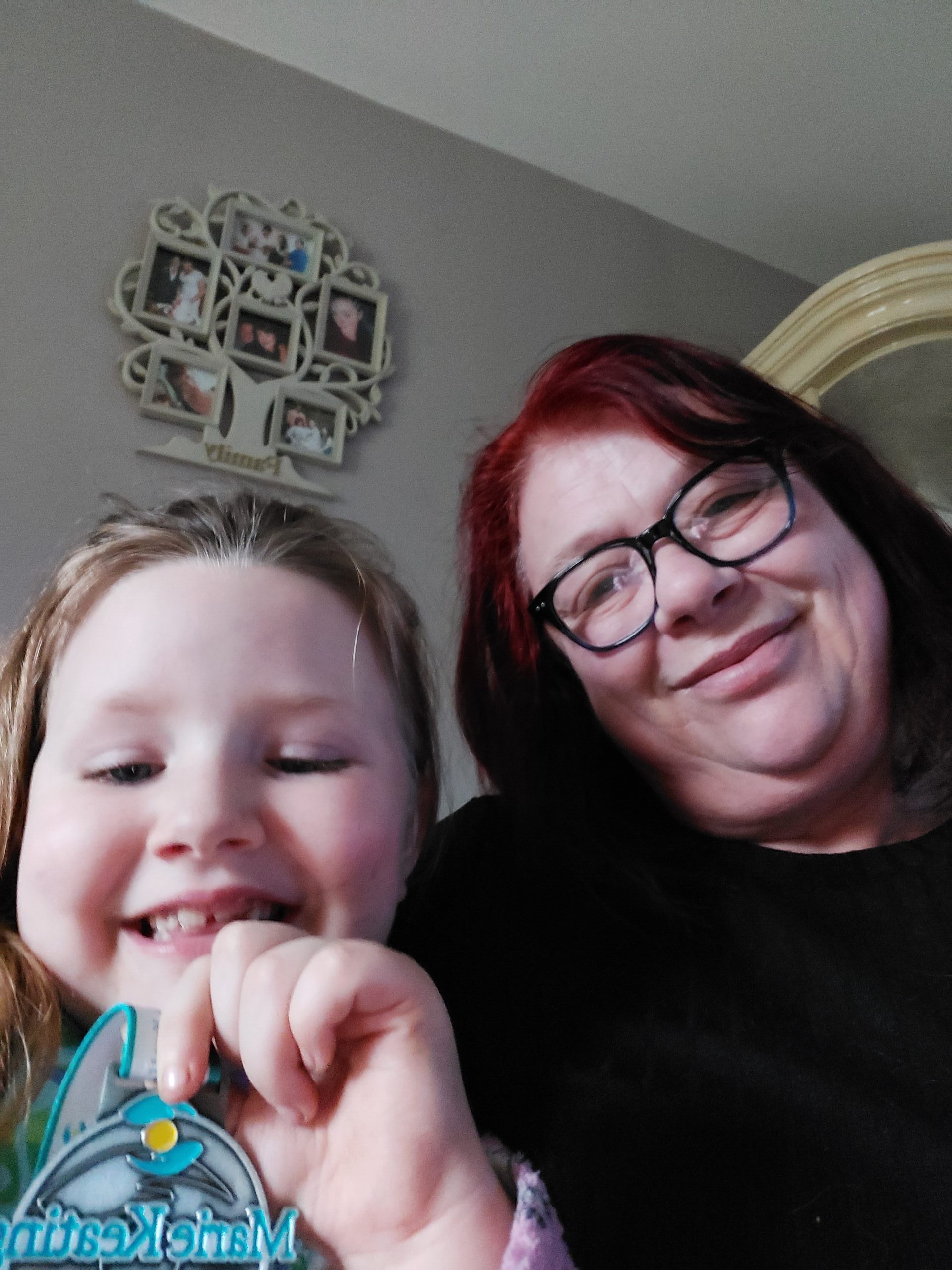 At 42, Addie  had made the move to Waterford with her youngest daughter and met her future husband.  Addie had only been married to her husband for five months when in 2015, she began experiencing pain in her backside and went straight to her GP to seek advice. Originally told it was hemorrhoids, six months down the line, Addie was determined to get answers for why she wasn’t getting any better.

“I was just fed up and felt like I wasn’t being listened to” Addie explains “So I marched down to the doctors office, sat in the waiting room without an appointment and ended up passing out from the pain. Thankfully, I was seen by someone other than my regular doctor and after a quick exam was told I definitely needed further scans.”

Addie had a colonoscopy and was sent on her way and then a week later while driving her husband to work, she was told by a nurse who rang her, that it was suspected that she had cancer and was asked to come in for a biopsy. When Addie’s biopsy came back, she was diagnosed with a very rare form of cancer in the neck of her bowel and the prognosis didn’t look good.

“I was told that the cancer was inoperable and that the best they could do for me was to shrink the tumour to give me more time with my family. Of course this was devastating but I got my affairs in order and headed in to six weeks of intense treatment. To be honest, it nearly killed me.”

Addie was diagnosed with stage three cancer and so she was put on maximum doses of concurrent radiotherapy and chemotherapy that left her body extremely burned and damaged, side effects with which she still lives today.

“My radiotherapy consultant was my saviour. During treatment, by skin was so raw I couldn’t sit so I would have to be on my hands and knees the whole time. As a result, Bychiec [her consultant] started to call me his donkey whenever he saw me. I explained to him that was an insulting nickname but he just laughed and told me ‘donkeys are strong animals and that’s what you need to be. You are strong and you’ll get through this’, and he was right”.

Against all odd, Addie finished her treatment course, went in to for her check up and was told that not only had the tumour shrunk, but it had disappeared. She was officially in remission.

“My own doctors couldn’t even believe it. I was checked multiple times in a short space of time to make sure I was okay and in terms of cancer, I was. Treatment had been incredibly difficult, but life after cancer had its own challenges.”

Once Addie was discharged from hospital, she felt more isolated and more alone than she ever had before. Suffering from extreme fatigue, nerve and muscle pain from intensive treatment and many other new afflictions that come with cancer treatment, she struggled mentally to find her place.

“I suffered very badly after treatment and college finished because I didn’t have anything to focus on. When I got to my lowest moment, I went online and somehow I saw an advertisement for the Marie Keating Foundation’s Survive and Thrive group.”

Addie’s way of coping during and after treatment was to keep things as normal as possible for her family, but when she joined the Survive and Thrive group she was able to connect with others who’s lives had forever been changed by cancer.

“At first I wasn’t sure if the group was for me, but the more I listened to the ladies, the more similarities I saw in our experiences and the more I felt like I wasn’t alone in this. The Survive and Thrive group showed me how much I still have to give and how I can help other people like me.”

As a result of her cancer treatment, Addie suffered from some additional medical complications like nerve damage to her hands and feet, difficultly walking and a weakened heart which lead to two cardiac arrests. When the Foundation’s Your Health Your Choice Challenge was mentioned within the Survive and Thrive group Whatsapp, Addie saw this as her way to get fit and move forward.

“The 10,000 steps a day for 20 days was really tough on my body, my feet bleed and everything but I was determined to do it and show my kids that anything is possible. I even got to go walking with my  five year old granddaughter once a week as she was a part of my bubble. That was our time together and something I wouldn’t trade for the world. If it hadn’t been for the Your Health Your Choice Challenge I don’t think I would have stuck to it. I’ve lost 3 stone in the past year and a further 14lb during the process and it’s because I had something to aim for.”

Addie recently learned that the type of cancer she had only had a 1 in 4 chance of survival. Now, she is living her life, dedicate to her family, her new found support network and friends and with a new mission to help support those that ask for help.