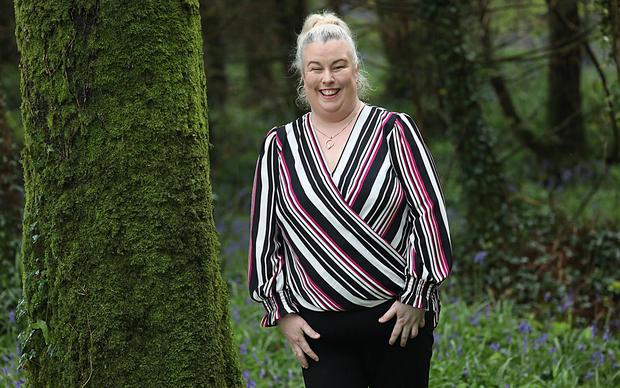 “If I knew 20 years ago what I know now, who knows how my story would have been written. The only thing I’m certain of now is that melanoma has changed my life and it’s something I don’t think people know enough about” – Melanoma survivor, Kelly Denning

20 years ago, before she met her husband of 17 years Damien, Kelly was a self admitted sun worshipper.

“I admit it, I loved the sun when I was younger. As soon as the sun was out, I had the baby oil out and I’ll admit, I did get quite a few bad burns, but I always thought my skin took the sun well. I was completely unaware of the dangers associated with melanoma because I didn’t really know what it was. I just thought ‘ah it’s just your skin’, I had no idea.”

Now settled in to family life as a full time carer and mother of two, in 2015, Kelly had two moles removed from her back. These moles were sent on for testing and one of the moles came back as melanoma.

“My margins were fine and to be honest, once they were gone, I thought no more of them.”

Kelly went for her 6 month checks for four years after her melanoma was removed and all seemed to be going well. Life went on as normal. However, things changed in 2020 when Kelly began to feel pain in her chest, ribs and under her arm.

“I suffer from fibromyalgia anyway and one of the conditions that can come with that is something called costochondritis. I’ve had it before where you get a pain in your ribs, chest and in the lymph nodes under your arms so I wasn’t particularly worried about it, but the pain was getting quite bad so I said to my husband one night that the next day, I was going to go to the GP and get an antibiotic to help clear it up. That visit changed everything.”

Kelly went to her GP and based on her history and his time spent in Australia working with patients of melanoma, he asked her if he could do a breast check, just to be sure. During her exam, he felt a lump deep in the tissue of her armpit and sent her on to Beaumount for further testing.

Here, Kelly had an ultrasound, a scan and a biopsy and was asked to come back in a few days for her results. “When I went back, I was waiting in the waiting room for a long time and people were coming and going and I was still sitting there. I knew something was wrong.”

“I was brought in and before my bum hit the chair I was told I had melanoma in the lymph nodes under my arm. I just remember sobbing and telling the doctor I couldn’t die. I had my family to think about and I just couldn’t die. I was terrified”

Further tests were done to find the original source of the melanoma and it’s believed the mole she had removed six years previously was the root.

“I had 19 lymph’s tested and 4 of them came back as cancerous so it was localised thank God! I went on to have immunotherapy treatment in October 2020 which I’m still on but other than a bit of fatigue, I haven’t suffered from any really bad side effects which I’m very grateful for.”

This summer will be Kelly’s first summer since her second diagnosis and her melanoma returning is something she thinks about.

“I think about it every day. It sounds silly but I’m almost afraid of the sun, even going out to the washing line I’m making sure I’m covered up. I’ll never forget my doctor saying to me – “if melanoma gets to your lung or your liver, its treatable, but not curable. When you hear the words ‘not curable’, it makes you really realise the dangers of melanoma and how it can change your life. Mine was found early, but had it not been for that GP, I never would have known I had it and it could have spread. It doesn’t bare thinking about.”

Kelly is now very conscious of not only her own sun habits but those of her family and her loved ones. She has this message for the people of Ireland.

“We are awful at taking care of our skin and we don’t want to hear about the dangers of melanoma but it’s so so important to look after yourself. Don’t feel stupid going to you GP about a mole and just asking ‘does this look okay’, get it seen to and it really could save your life.”