Lorraine White is a thirty-nine-year-old mother of three. She runs her own business and is an avid runner, with numerous 10K’s under her belt. Lorraine wasn’t sick, she couldn’t feel any lumps yet on the 17th of July, she was told she had breast cancer. This is her story. 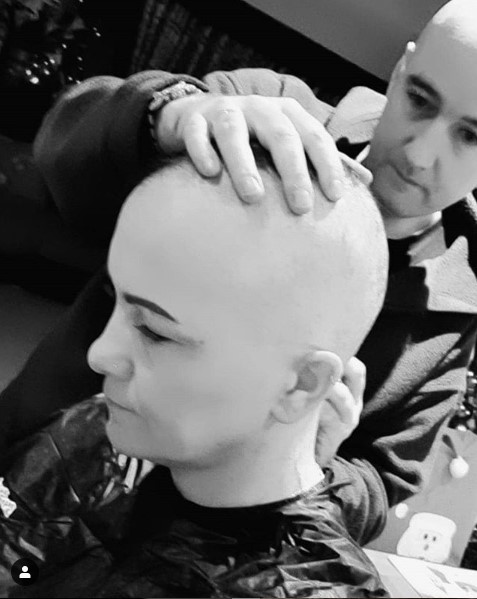 “I was just about to get into the shower” Lorraine explained. “I was standing in front of the mirror brushing my teeth when I yawned. I got a glimpse of what looked like a bruise on the underside of my right breast and that was that.” On closer inspection, what had first looked like a bruise was actually pucker in the skin of Lorraine’s breast that appeared whenever she lifted her arms.

“I booked myself in to see my doctor before I had even told my husband!” she said. Lorraine didn’t hesitate and went to see her GP immediately who then referred her to her local Breast Clinic in Limerick. She had assumed that her appointment was just a precautionary measure, but when the third consultant of the afternoon came into her examination room, asked to feel her armpit and told his colleagues to organise a mammogram, ultrasound and biopsy for that day, she knew something wasn’t right.

“When I told people from the village that I have breast cancer, none of them could believe it. I’m a runner, I’ve been healthy my whole life and am very conscious of what I eat, but it just shows that no one is untouchable.”

Lorraine was sent to Galway hospital for further tests and it was here that she was diagnosed with lobular breast cancer. Her tumours were growing close to the chest wall and that’s why she hadn’t felt any lump, but due to the fact that they were caught early, she was able to have a lumpectomy on the 16th of September and was able to keep her breast.

Because of early detection, Lorraine says she felt profoundly lucky.

“If it hadn’t of been for that split-second glance, my story could have been completely different.” When she was first diagnosed, Lorraine felt guilty. The idea that it could have been something she had done or hadn’t done being the reason for her cancer is something she found very difficult to cope with. She later found out her tumours were more than likely caused by a hormonal imbalance. 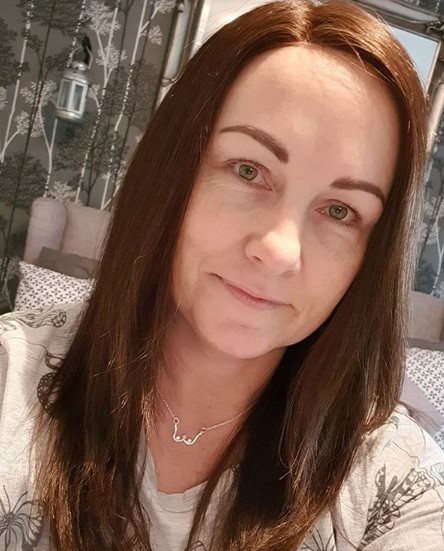 “It’s not a nice thing when you think about it but we all have to be aware of what our bodies are doing. They’re trying to show us when something isn’t right so we should be listening to them”.

Soon after her lumpectomy, Lorraine had a reexcusion which removed some of the lymph nodes around the site where her cancer was. While the majority of these lymph nodes were clear, Lorraine was offered 4 rounds of chemotherapy followed by 24 sessions of radiotherapy to ensure all the traces of cancer were removed from her system.

“I’m throwing everything but the kitchen sink into it at this stage. I want to do whatever I can for myself and my family so that I know I’m putting my best foot forward. I will have to have some more procedures in the future that will affect my fertility but I’m getting myself ready for that. I’m lucky that I’ve had my kids and seen a bit of life, but there are so many younger women that might not have the chances I’ve had.”

“Cancer wasn’t a word I had in my vocabulary. I grew up in an age where cancer was for auld ones, and not for young, fit people like me.” When Lorraine started to share her cancer journey on Instagram, she was inundated with people reaching out, explaining that her story had spurred them to check themselves, and urged them to share the message with other women, no matter how young or old.

“The reason I started my Instagram was to get the word out. I cannot stress enough how important early detection is. I caught mine early and I got to keep my boob. In the grand scale of what could have happened it sounds silly, but you have to take little victories where you can.”

A simple yawn and a tiny bruise changed Lorraine’s life, but it now means that she has a chance to live her life. You can find out more about Lorraine’s cancer journey and keep up to date with her progress by following her on Instagram at https://www.instagram.com/lorraine_lobular_breast_cancer/